Sharing the fun and impact of libraries 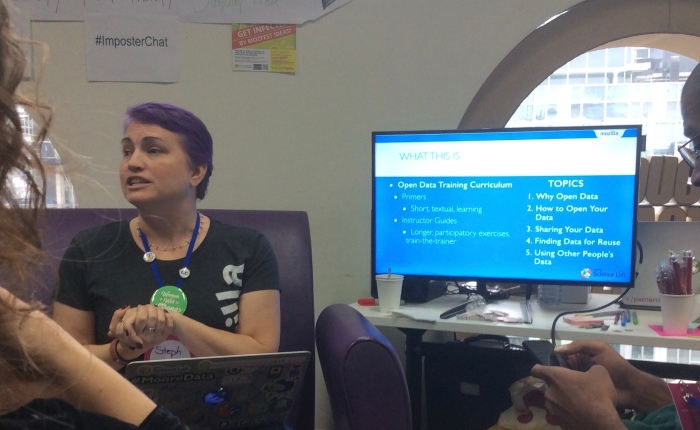 Whilst at MozFest the SCL libraries gang used the #MozLib hashtag on Twitter, which resulted in people contacting us to find out more. Stephanie Wright, Program Lead from Mozilla Science Lab (and former librarian) was one of those people, so we arranged to meet up at breakfast on the second day. The meeting was brief; Steph arrived with an arm laden with brain diagrams on her way to organise the Open Science space! She mentioned that she was running on Open Data workshop a bit later and we agreed to pop along.

This workshop turned out to be the perfect introduction to Open Data. It was simple, well presented and to the point.

The message – there are two new Open Data Training Programmes from Mozilla Science Lab, freely and openly available on Github:

It’s a work in progress, so in true Open Leadership style there is time to contribute.

More about my MozFest adventures.

Sharing the knowledge gained from the adventure that was MozFest 2016. Big thanks to SCL for the bursary that enabled me to attend.